Continuing our relationship with Chester Zoo, CLM Services has successfully completed a range of steel installations to form both the off-show and on-show facilities for the new Madagascar habitat, which opened in March 2019. 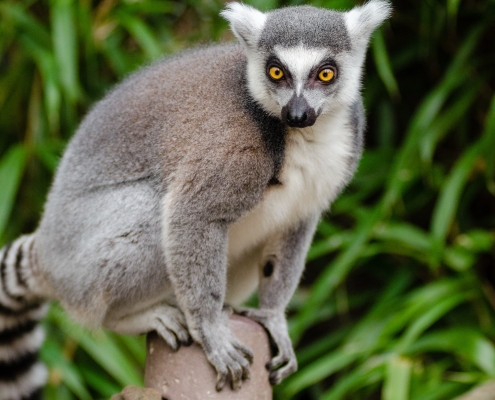 Madagascar is the world’s most biodiverse island, home to some of the most beautiful species on Earth, but the future of wildlife there is perilous. Recreating large-scale, unique Madagascan habitats for rare lemurs and fossa, is an important part of Chester Zoo’s global conservation plan.

This is Chester Zoo’s first ever ‘walk-though’ primate experience allowing visitors to take a trip right into a dry forest in the same space as critically endangered red ruffed lemurs and endangered ring-tailed lemurs.  Also being cared for in the huge new habitats are four endangered crowned lemurs, alongside a pair of black lemurs, another animal that is vulnerable to extinction in the wild.

This expansive new habitat will also be home to Madagascar’s top predator and largest carnivore, the fossa. The Fossa is vulnerable to extinction in the wild with numbers plummeting.  The environment has been created to provide world-class habitats for the animals living there, while also creating a true-to-life experience for nature lovers.

The large-scale new Chester Zoo development is part of a campaign by the conservation and education charity to raise awareness of the threats faced by wildlife.

CLM were engaged by the Chester Zoo design team during the planning stages to provide advice on animal containment systems to ensure the optimum solution was developed.  Following on from this stage, CLM were then appointed to undertake a specialist works package which involved the fabrication and installation of a range of animal containment systems and animal transfer tunnels, which allow the animals to move between the indoor and outdoor areas of their habitat. CLM also installed 9 viewing windows to allow visitors to observe the different species.